Invitation to the Island

A year ago we spent an afternoon discussing. We talked about how we want to recognize and become more aware of the fragile and uncertain parts of our shared practice. We both wanted to find ways to make our practice more open to different kinds of vulnerabilities. We wanted to pay attention to how power and tasks are distributed between us and what kind of roles and positions we occupy in our collaboration. What does it mean to work and participate in a program as a duo, as an island?

Then, as our discussions and quarantine continued, we found ourselves exploring our immediate surroundings and the suburban environment we live in. We started walking with our camera and found ourselves at the edges of highways, close to an expanding power plant, and a service area for Helsinki region public transportation. We walked in the woods and picked wild berries. We wrote an invitation to the Island.

We want to invite you to the place where this year has been celebrated. It’s a place and a non-place and the site of our collaboration. 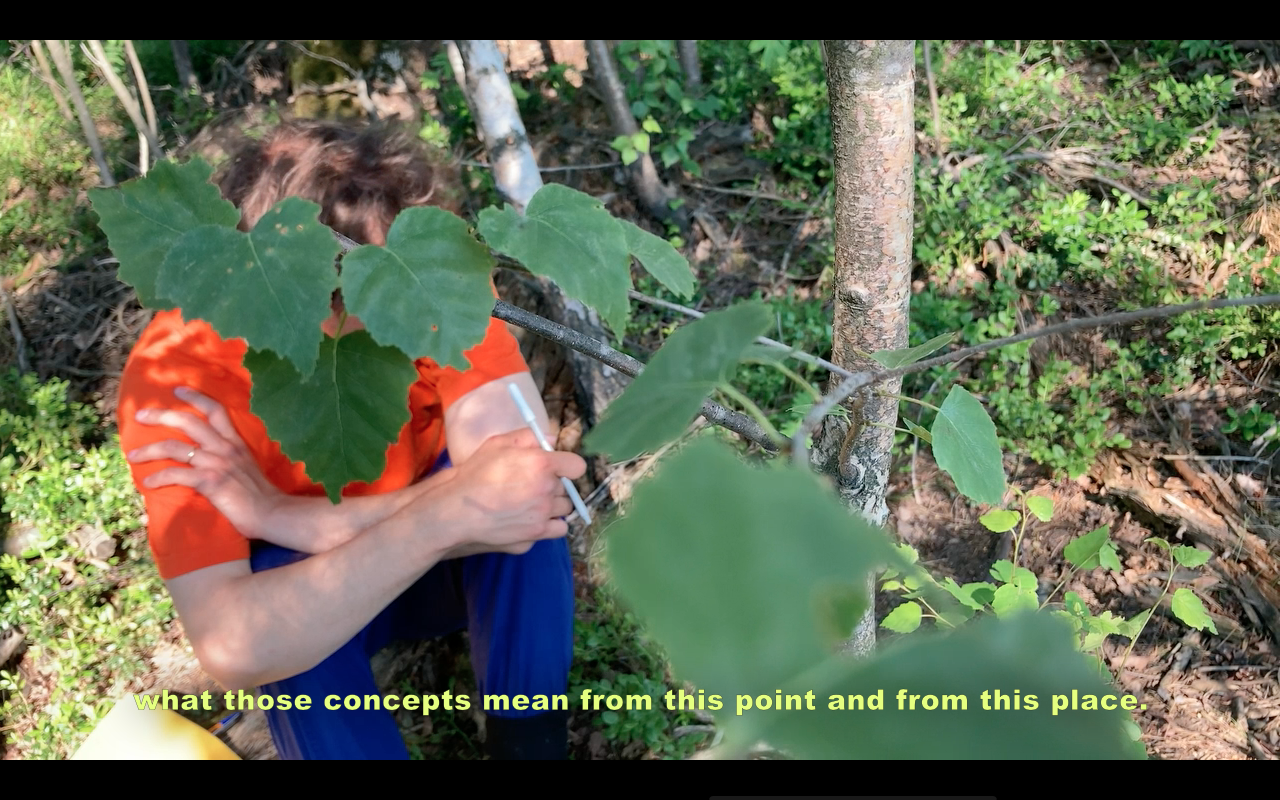 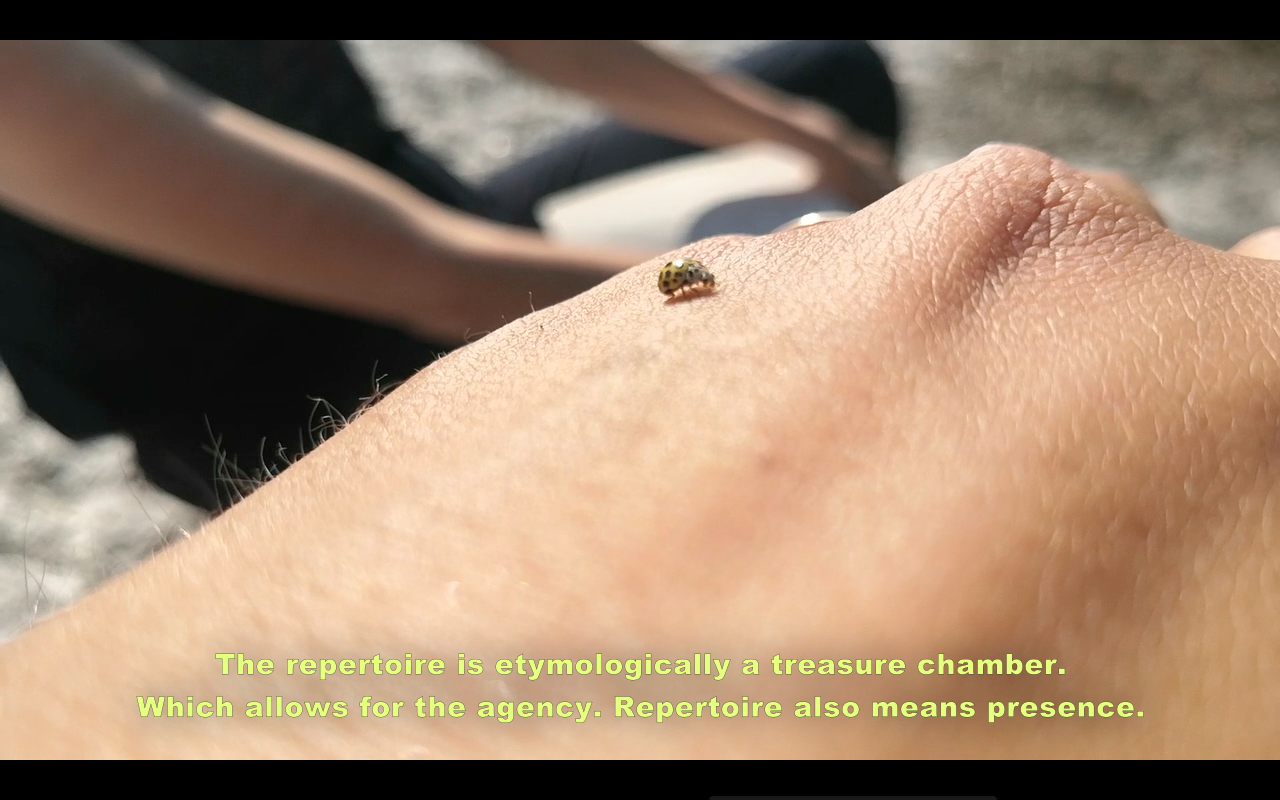 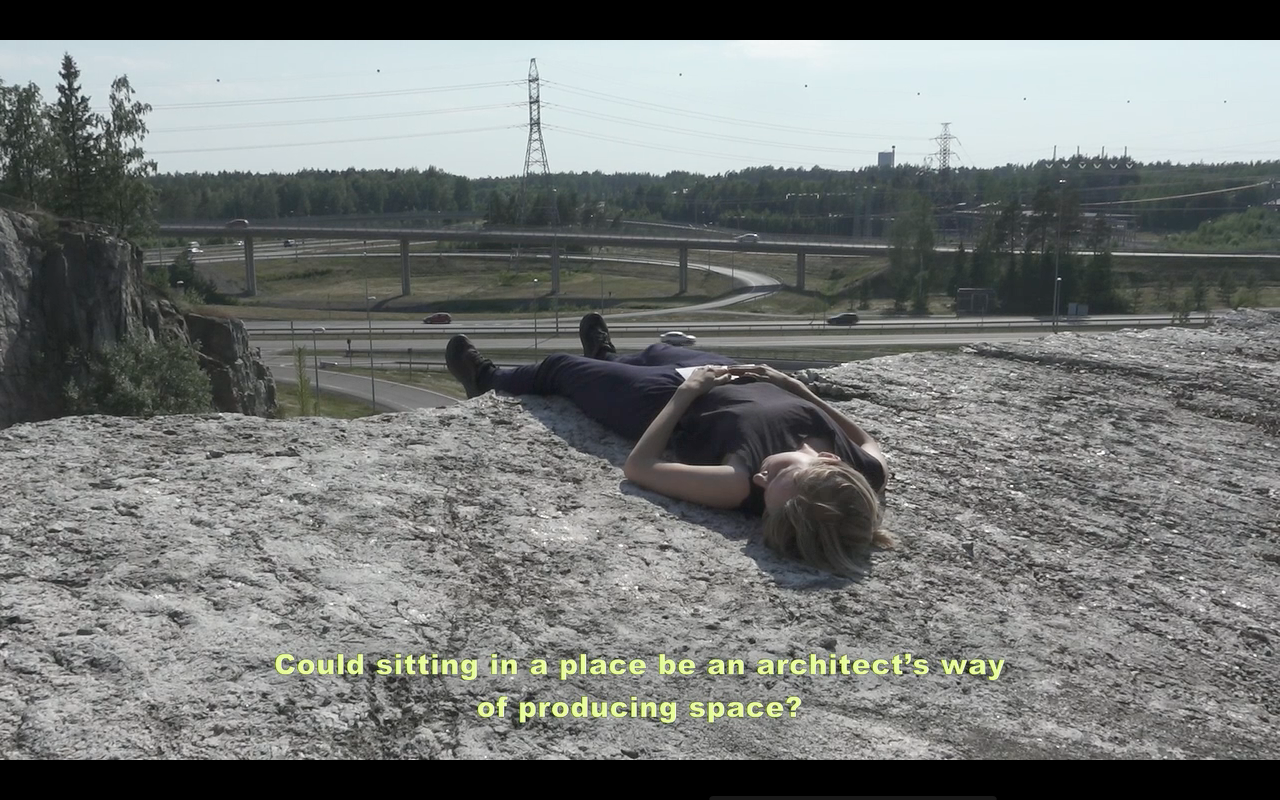 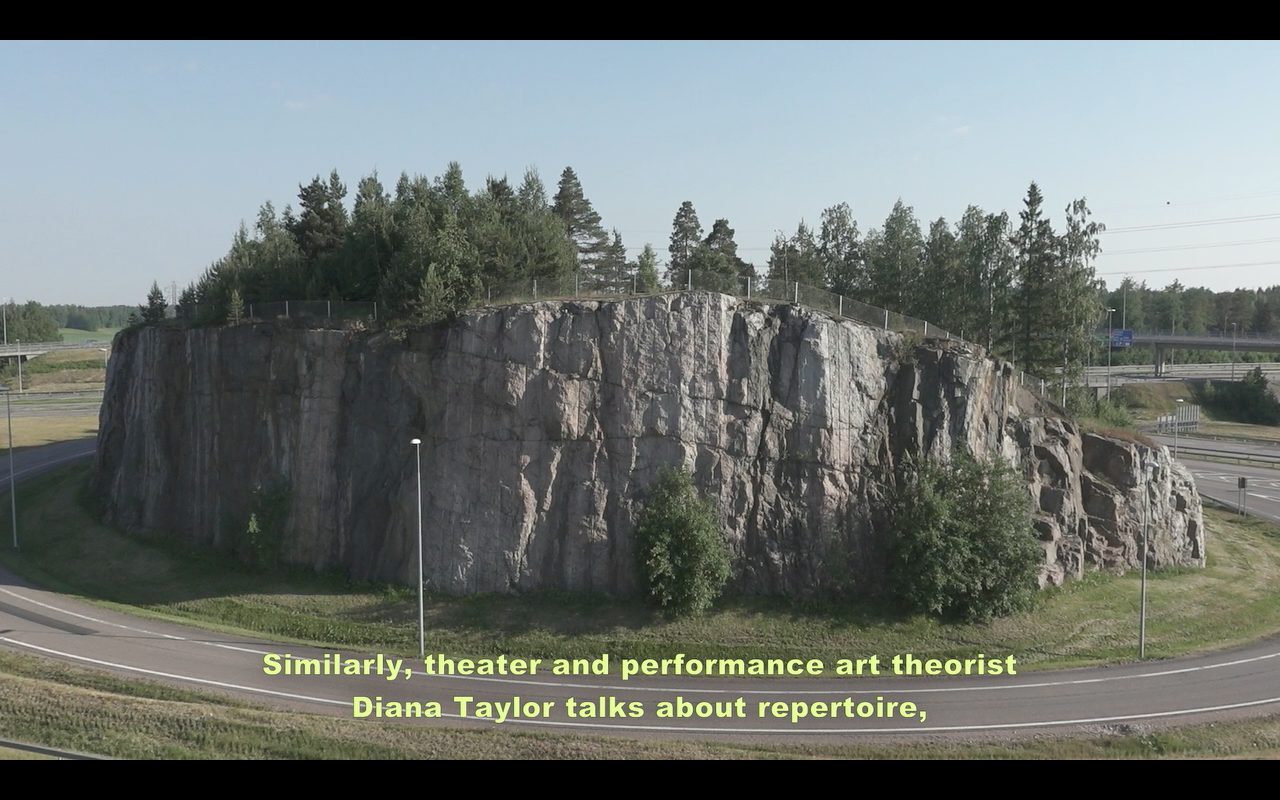 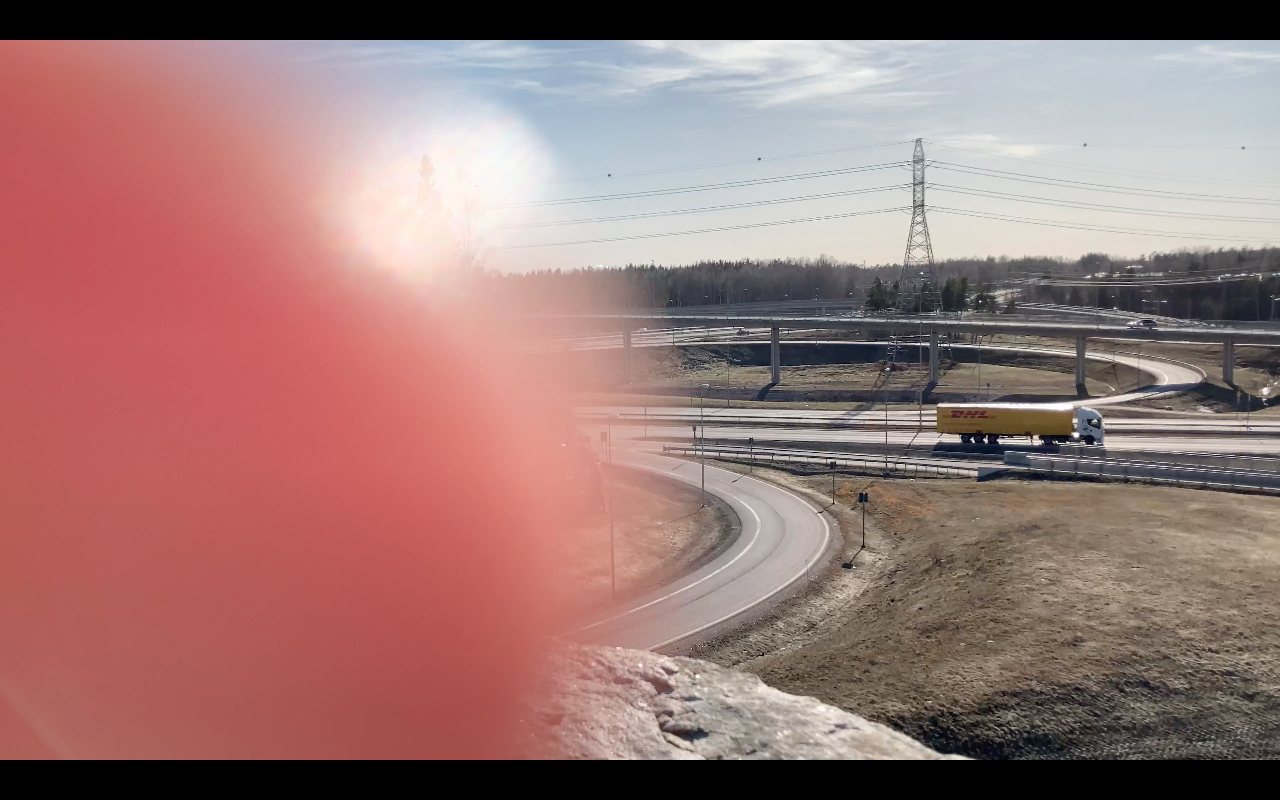 Kaisa Karvinen is interested in the intersections of performativity and public space. Kaisa’s practice consists of different forms of collaborative making, writing, and experimentation in multidisciplinary groups. Kaisa has a background in architecture and she has worked in different roles from theoretical research to city planning and done spatial design in museum and theater contexts. In the last couple of years, her practice has become more feminist and research-based, performative and speculative.

Tommi Vasko is a Helsinki-based graphic designer and a researcher who writes theoretical and fictional texts about design practices of the near future and about visual phenomena rising between emerging information technologies and ecological thinking. Tommi approaches his practice as an interdisciplinary collaborative process in which philosophical reflection and everyday maintenance labor relate to experimental ways of organizing design education, approaching technology as well as making images, videos and texts.

Together we form a research duo that looks at cities as processes in which flows of matter, energy, and information, political positions as well as life-sustaining infrastructures constantly produce each other. We try to recognize emerging conflicts and make performances that make these conflicts visible in public space. We are two of the founders of an autonomous educational platform Trojan Horse. With Trojan Horse we organize summer schools, live-action role-plays, and other events in order to explore the boundaries and preconditions that define the field in which architects and designers operate today. We also work as curators in (Re)configuring Territories Research Program. The program is meant for architects, artists, designers, and writers and takes place at Narva Art Residency in Narva, eastern Estonia.