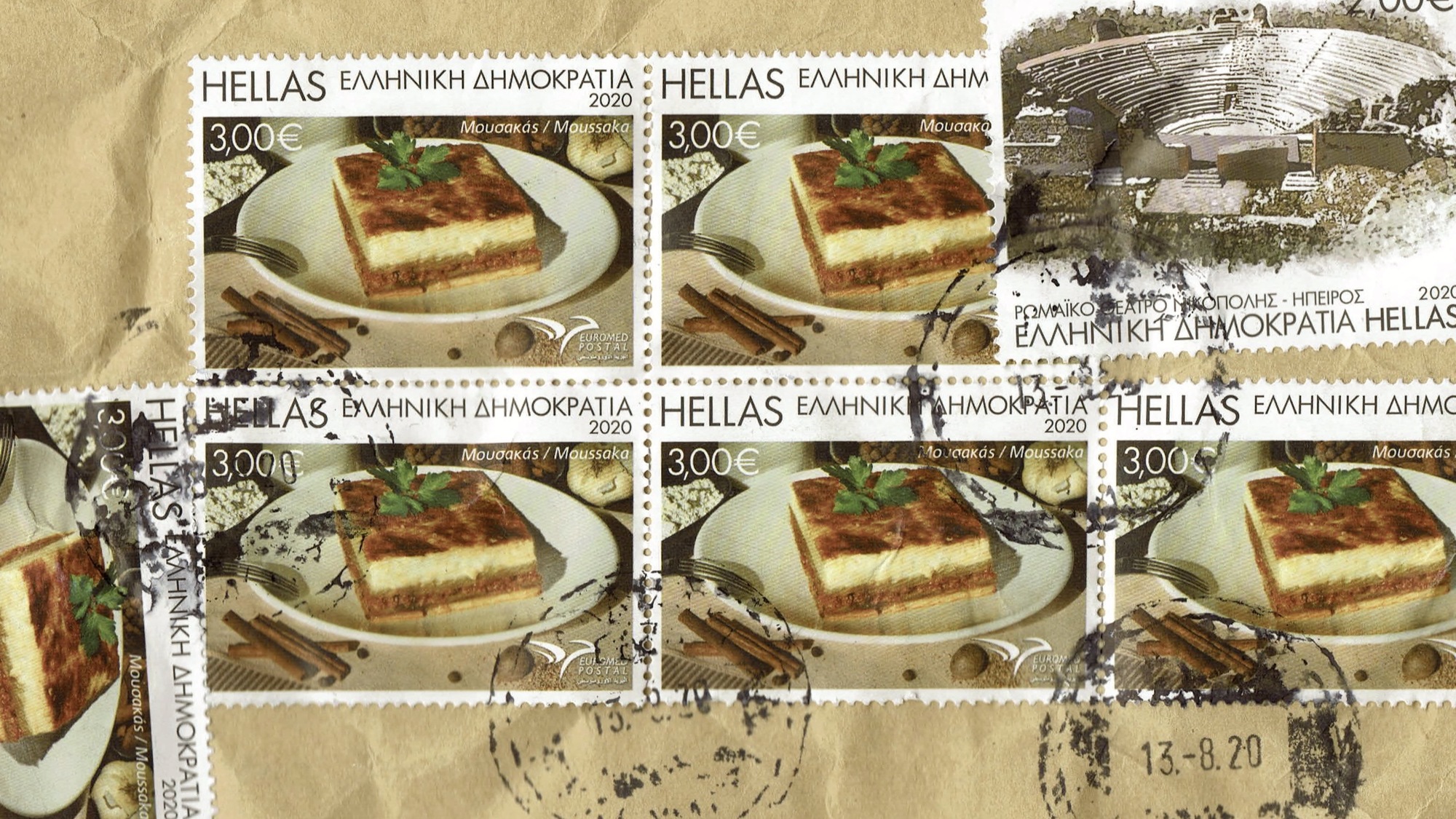 This artistic research originates with a Greek cookbook written in the early 1920s, with the intension to cleanse Greek cookery from the contamination it suffered for centuries, by the tastes of various eastern peoples, and help the Greeks to identify themselves as European subjects. This cookbook, that became one of the most popular books ever published in Greece, and established what we now know as Greek food, illustrates the construction of a national narrative as a fiction grounded on the demonization of the non-white and non-Christian cultures and the idealization of the West.

Starting from there, I have been working predominantly with texts of critical theory and paradigms from the past and today, centred on how we define and defend our identity and our relationship with the cultural Other. To let the research be shared and grow beyond my own reflection, I organise a series of dinners, where the roles of the host and the guest will intentionally remain blurred, inviting people to bring and share a dish and a story that generates a memory or a reflection on how we experience and communicate our cultural identity and the sense of belonging.

The West and the Rest

Starting from the premise of Edouard Glissant, that identity is constructed in relation and not in isolation, this research aims to explore the relationship with the non-Western Other, within the complexity of the European societies the way they are formed now.  My interest in this particular matter lies in my own relation to the narrative of the Greek identity the way it’s been transmitted to me, as the inheritor of a glorified ancient past and the participant of a prestigious European present. The flipside of this proud narrative is that it has brutally silenced the history and memory of the ethnic and religious minorities that lived for centuries in the place we now call Greece and renounced a characteristically hybrid cultural background, for the sake of national purity.  The threat of the Other these days in Europe often takes the shape of the Immigrant who tries to reach the West from the East and confirms the stereotype of Islam as Europe’s Other, and as the symbolic opposite of the modern and liberal ideas that the first represents. In the case of Greece though, this Oriental Other never stopped being present and flourishing in the history and culture of the people. The concept of the Other-within is what generates this research, as a connection with that has to be eliminated because it reduces one’s idea of self-worth. Examining this relation from a postcolonial perspective, I question how people experience the sense of belonging in the diverse communities of the West and their established cultural hierarchies.

Surprisingly enough, a significant part of the westernization of Greece happened to be a recipe book. In 1910, Nicolaos Tselementes published the Guide to Cooking, a book in which he developed a cooking style based on French recipes and cooking techniques, in order to cleanse Greek food from the contamination it suffered for centuries, by the tastes of various eastern peoples. He was convinced that French cookery had its roots in Ancient Greece and was determined to claim it back. He replaced olive oil with butter, added cream and French sauces to simple rural dishes, banned the use of garlic, spices and herbs and gave particular attention that the plates look appealing.

The success of the book was phenomenal. Wealth, sophistication and status associated with French cooking helped the upwardly mobile Greeks to experience themselves as western subjects, leave the peasant past behind and step into the 20th century as Europeans. Academic Spyros Melas writes in a newspaper of the time: …Tselementes finally moved the Greek cookery towards modern civilisation…. The new cooking was soon embraced by professional cooks and restaurants, hoping to gain international prestige, and the upcoming tourism indeed helped it establish as typical Greek cuisine. At the same time, working-class people gradually abandoned traditional cooking, as it was evident of their rural past, poverty, or multi-ethnic origins, and adopted the new style. 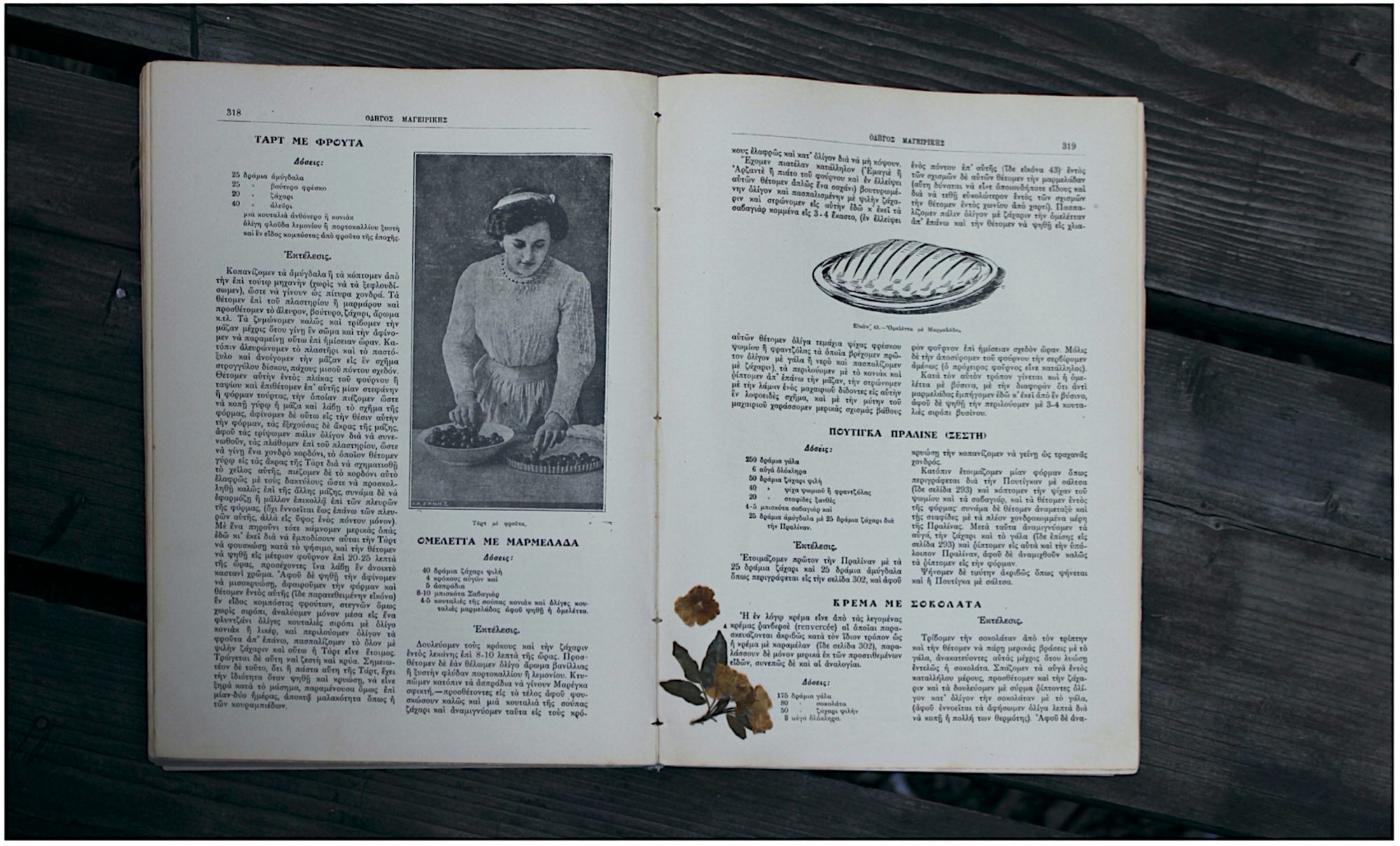 I re-read this book, 110 years since its first release, as a metamorphosis plan, that indeed helped the Greeks empower their European identity and eliminate what associated them with the ‘uncivilized’ Islamic world. Sadly, symptoms of idealizing the West and demonizing the East are deeply rooted in the Greek mentality and still very present. Especially during the past few years under the so-called “refugee crisis”, anti-migrant and islamophobic rhetorics have reinforced this tense relationship, evident even in the polemic phrasing adopted by the political establishment referring to Greece’s geopolitical position, as shield of Europe.

Having first-hand experience of the problematic way Greece has historically dealt with its multi-cultural background, and researching how this contradictory connection with the Other has been illustrated in the culinary tradition, I’m working on the contemporary European situation, using the theatricality of a dinner and the relationship between the West and the non-Western Other through the metaphor of the host and the guest. Influenced by Mireille Rosello’s theoretical work, that centres on the representation of immigration as an act of hospitality, I want to showcase the dynamics between the host and the guest and the responsibilities, vulnerabilities and risks that lie in each role.

The project “Bring a Dish and a Story” is a series of dinners conducted in the garden of a former monastery in the centre of Antwerp, that is currently part of AAIR Antwerpen. In this space, used in the past to grow food for the community, I'm trying to challenge the traditional roles of the host and the guest and generate a spirit of collective hospitality. Inviting people to join bringing some food and a story, I ask them to share their own intimate understanding of identity both verbally and through taste. The conversations during the dinners are recorded, and the material collected will form a new cookbook, which in its turn will tell a story of the territorial but also nomadic nature of identity and its potential to thrive in multiplicity. 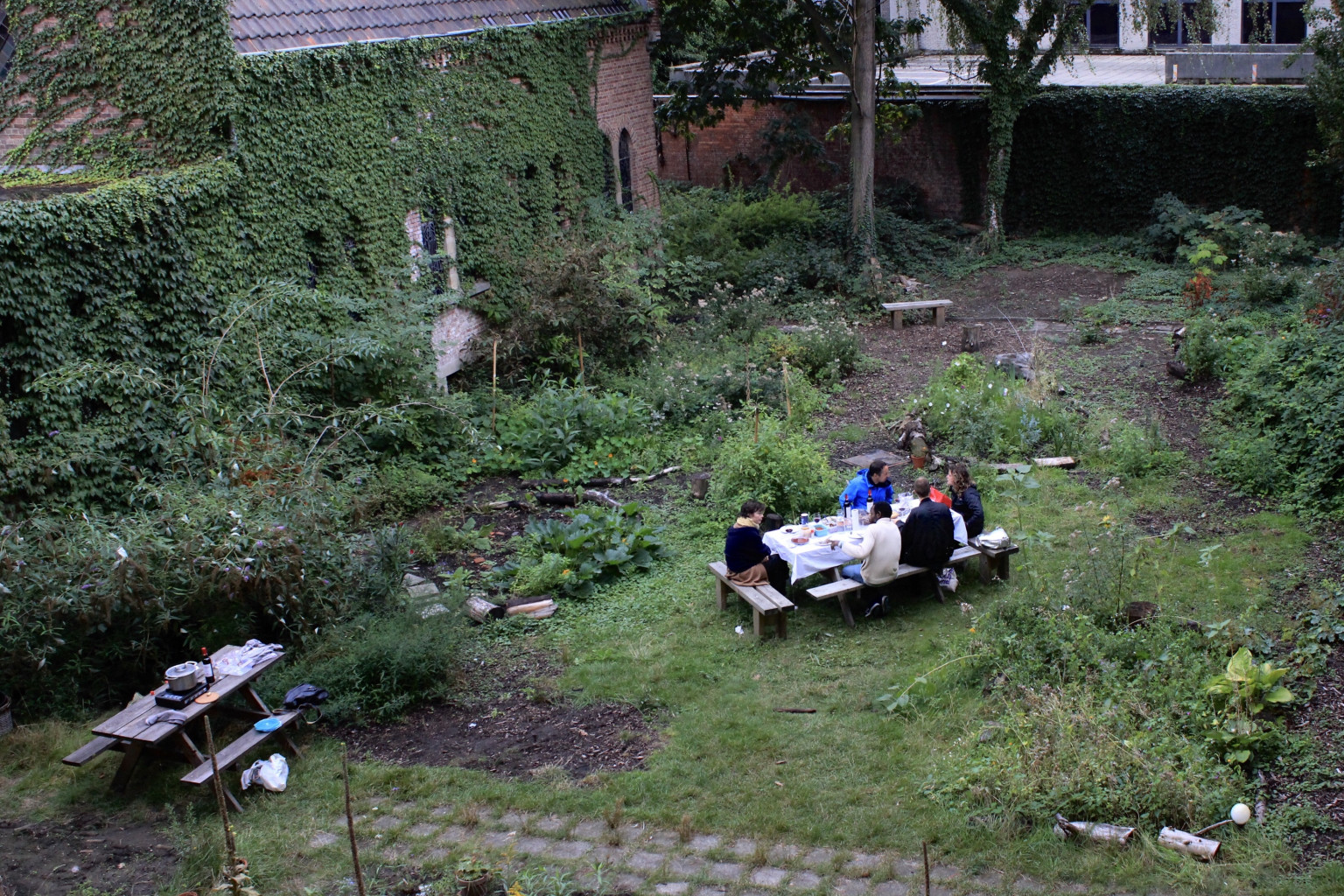 Anna Housiada (Athens, 1990) is a research-based artist whose practice focuses on gestures that stimulate political reflection. Her work consists of writings and archives, as well as participatory installations/ scripted events, that have a potential of fostering historical, critical and political engagement. She likes to look at communities as ecosystems and explore the dynamics of the relations within them. Using methodological tools grounded on interdependence, collective production of knowledge, cross-cultural exchange, participation and critical distance, she attempts to address the question of how art can help people occupy the present more effectively.

She holds an Integrated Masters from Athens School of Fine Art (completed in December 2017). In 2018, she moved to London to attend a series of courses on Art and Anthropology at Goldsmiths College. She is currently based between London and Antwerp.