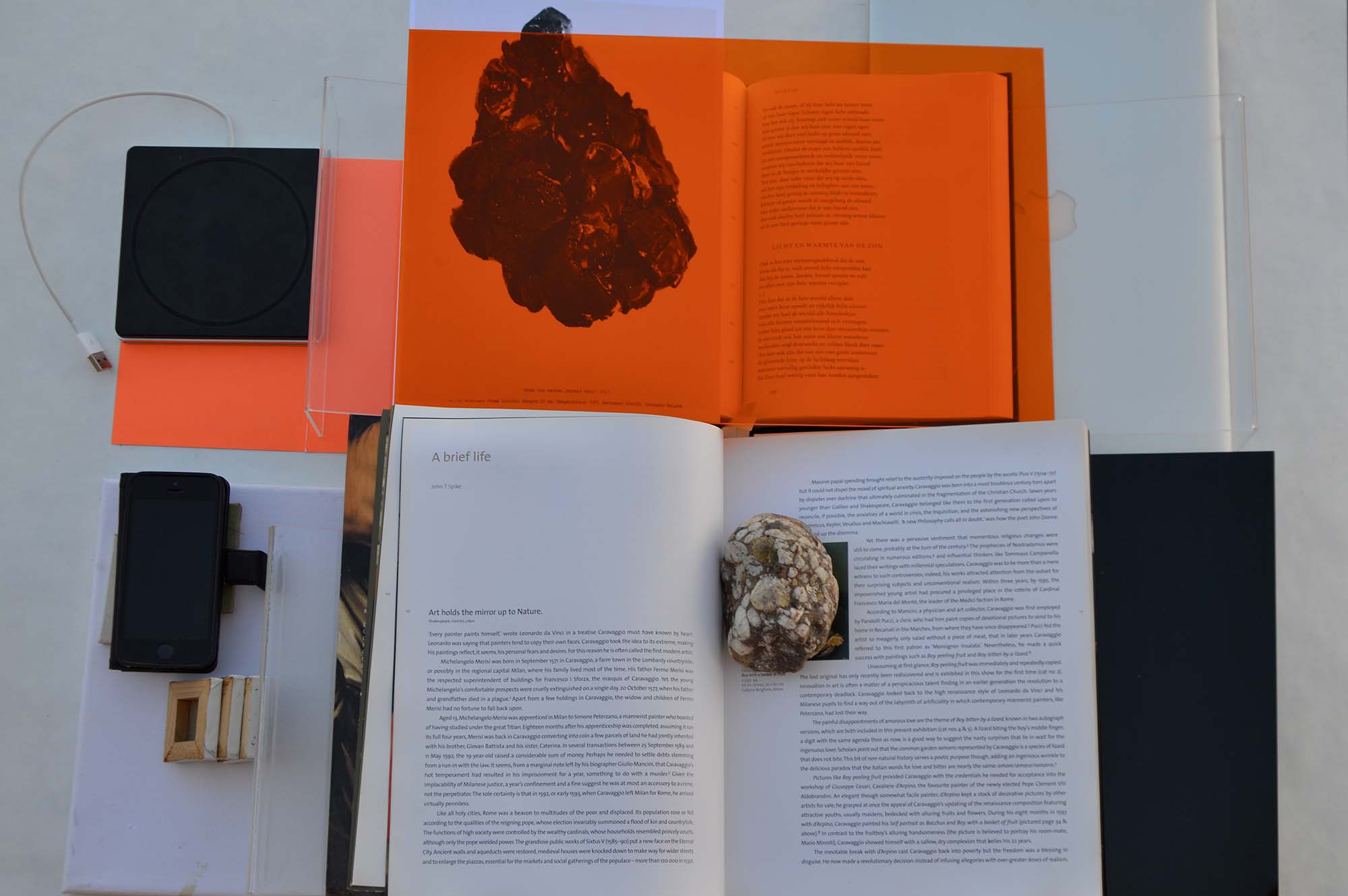 Sense or Nonsense of Publication

Will a light image projected by the sun ever fall back in the same place?

Between Bitumen and Sunlight

Plato sees the shadow as an example of second-rate knowledge. Pliny the Elder describes in his myth of origin that painting, invented by a woman, originated from the shadow. The origin of painting, therefore, lies in an absent subject. In the 18th century, a Miroir Noir (or Claude glass), a round convex hand mirror with a black background, was used. Painters, tourists, and poets used this to look at the landscape. With their backs to a landscape to be admired, they saw in the black mirror a different image of reality: a broader field of view with a few details and colour effects that evokes the colour palette of Claude Lorrain. The world was seen as one wanted to see it: as an idealized world. 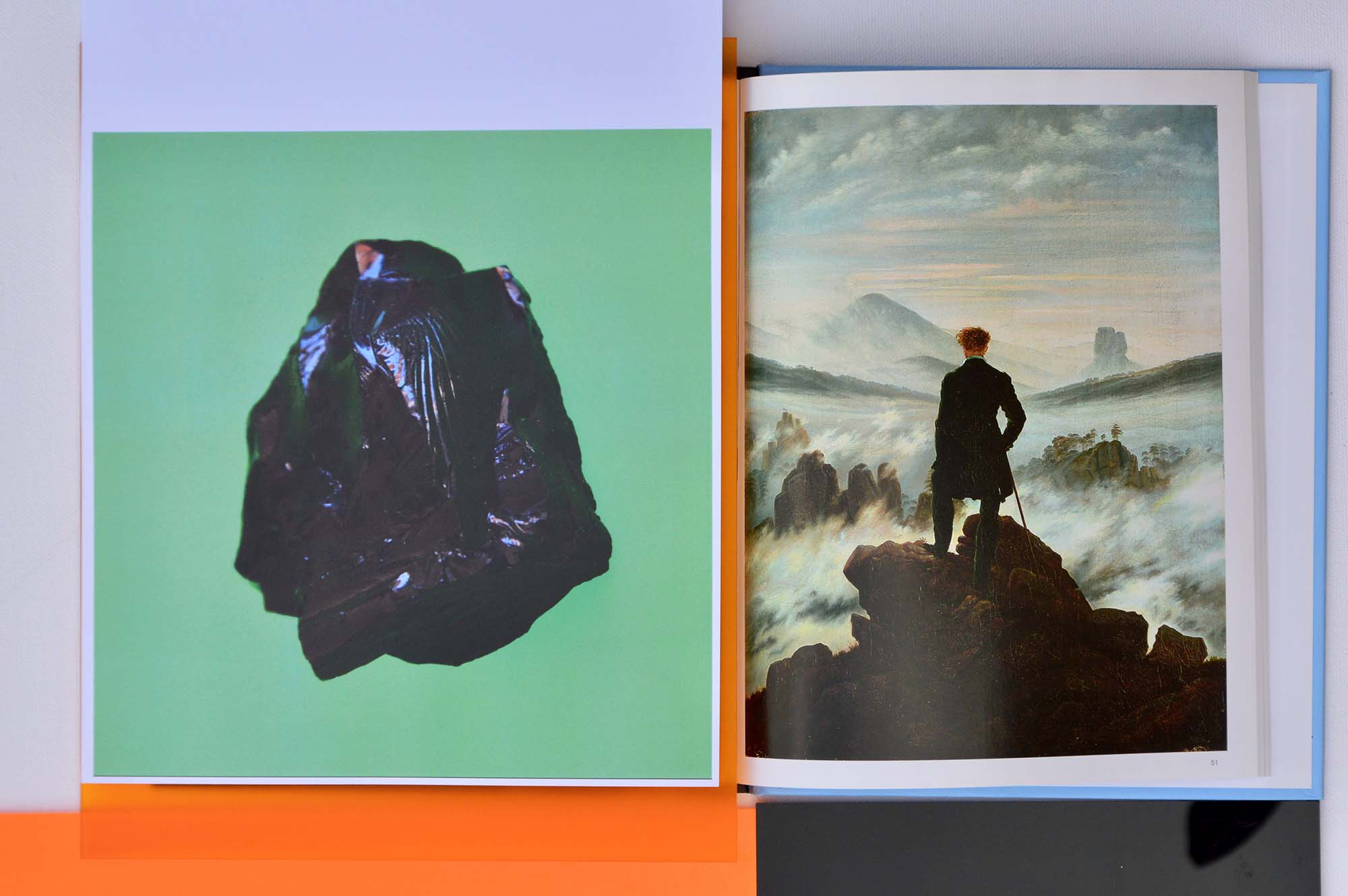 These historical references in the Western history of imagination have greatly influenced me and inspired my artistic practice, because they refer to making present what is absent and vice versa. 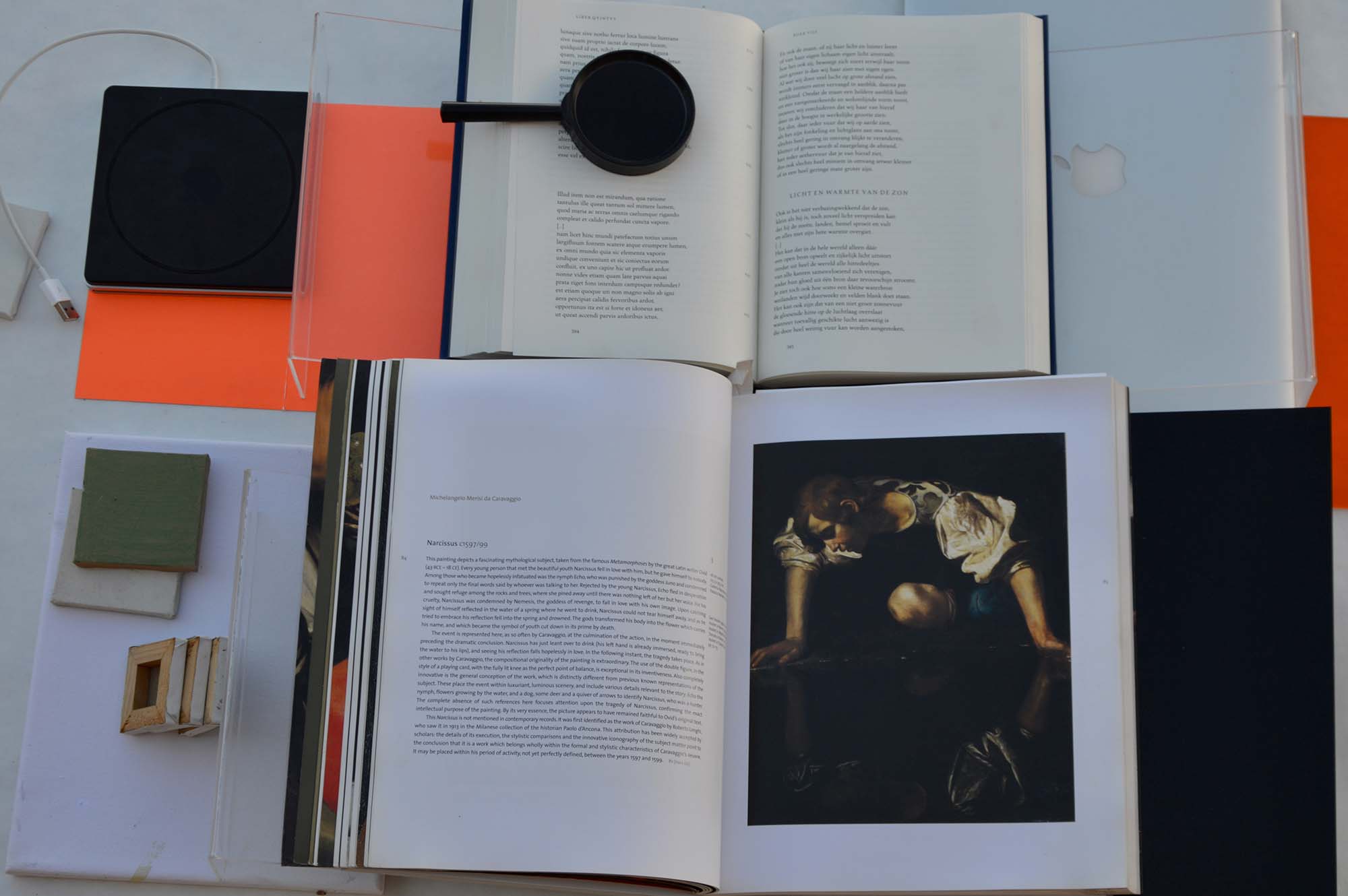 Nowadays almost all people around the world look in black mirrors (tablets, etc.) in which the world becomes visible and they have the opportunity to choose which aspects of the world they allow or prefer to see and how they want to be seen themselves. 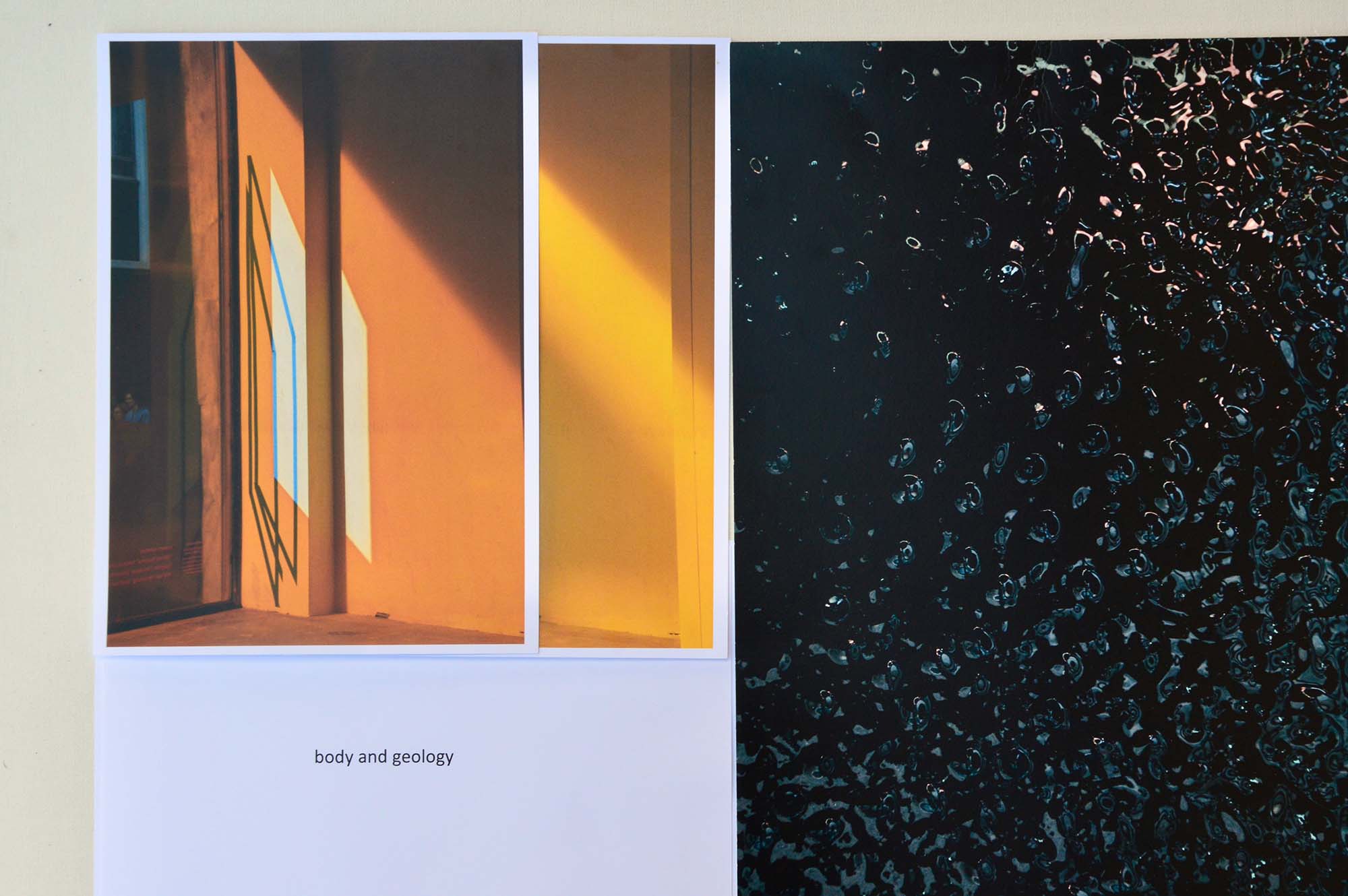 My current artistic research circles around three concepts in my works Miroir Noir, Waiting (F)or and Golden Hour, in which time recurs again and again as a paradoxical core, hereby reflecting on the relationship between human and time and space, and representing the (in)visible processes of change in which the world is intertwined. I investigate how I can make these processes more perceptive and visible by concentrating on the properties of raw materials such as the viscosity of bitumen, the power of the wind, the light waves of the sun and the rotation of the earth. Not to analyze them all, but to emphasize the 'unsightly' inseparable connection and mutual influence between human and the environment. 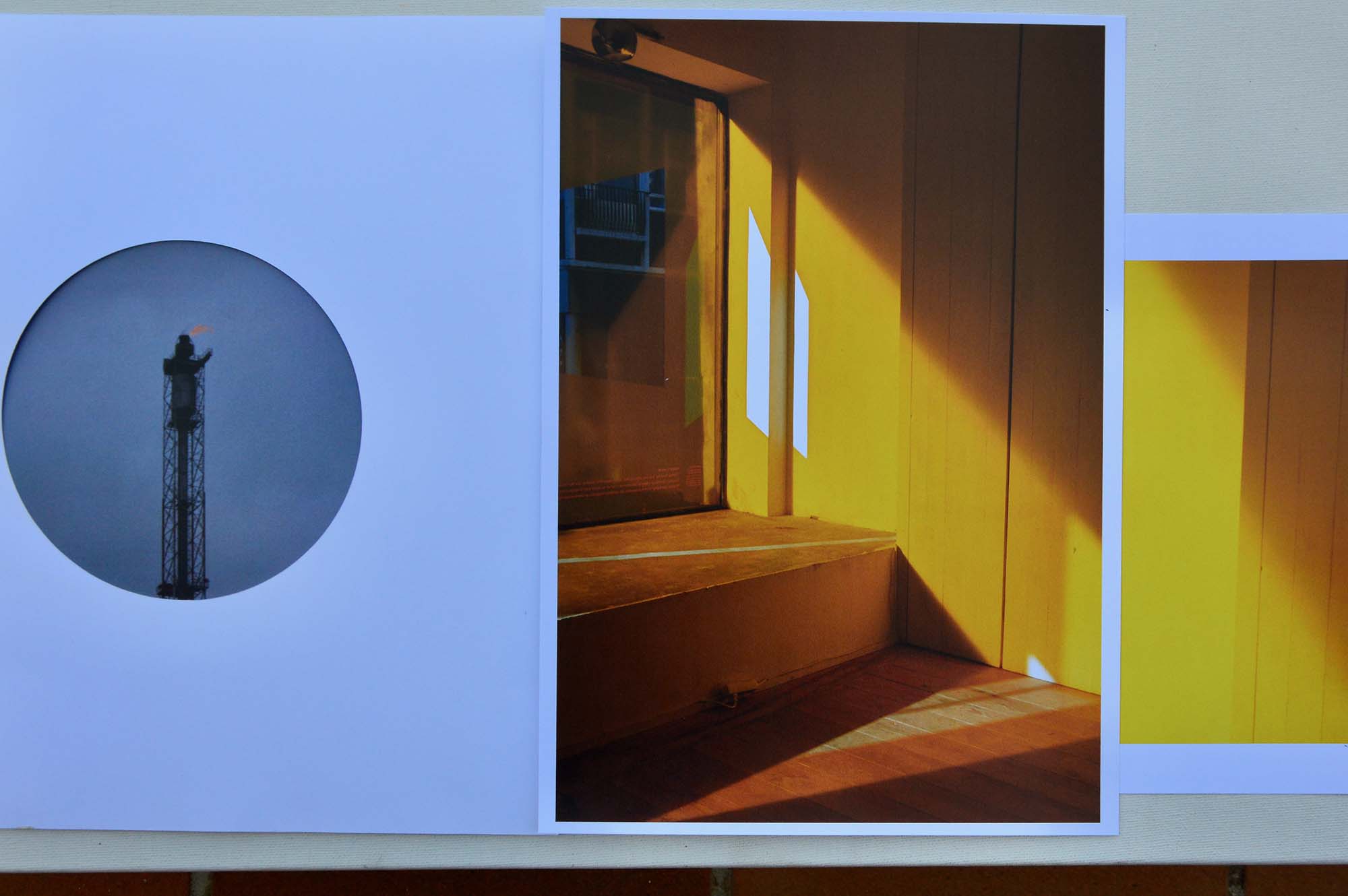 The processes and their form of presentation are becoming more and more the subject. Giving a voice to this essential dynamic of the ever-changing immeasurable and uncontrollable (in)predictability of Nature and its human dependency. A juxtaposition with the global dominant mathematical conception of reality and the conviction to comprehend by measuring and calculating (from which I, too, seem to find it difficult to escape).

The paradox as a dynamic for change. 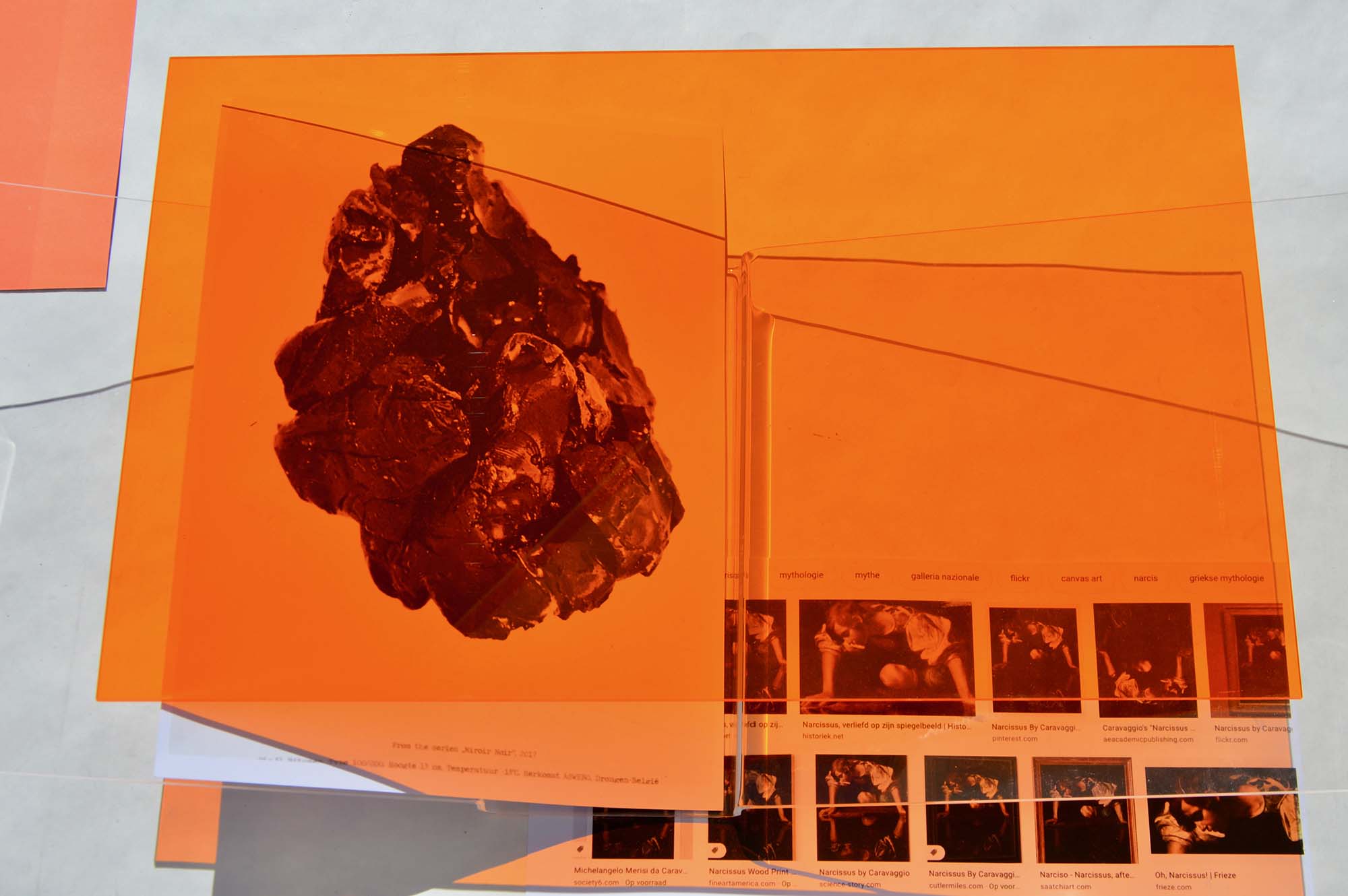 Born and educated in a Western European context, my artistic practice and research circles around the concept of 'nature' and reflects on the Western paradoxical relationship with Nature. From Western Romantic thought traditions such as the picturesque landscape, to the impact of industrialization and the current Capitolocene situation, to a resonance in a symbiotic world view. After a scientific education I studied Fine Arts at LUCA (Brussels) and HISK (Antwerp). After graduating, I soon exhibited several years in the Antwerp gallery circuit. Still, I shunned the world of the commercial art circuit and, in an investigative way, prioritized a fairly steady build-up of my artistic practice. After years of working in the seclusion of my studio, the desire for an artistic dialogue grew and in 2016 I started an artist-run space 'Windowbox' in Mechelen (B), where the encounter between female artistic practices is central. With my current research project in the Advanced Master in Artistic Research at Sint Lucas School of Arts in Antwerp, I investigate the question of the sense and nonsense of publication, with an emphasis on unraveling my own oeuvre. The context of this research environment functions as a mirror for discovering tangible interrelationships, blind spots and new perspectives.