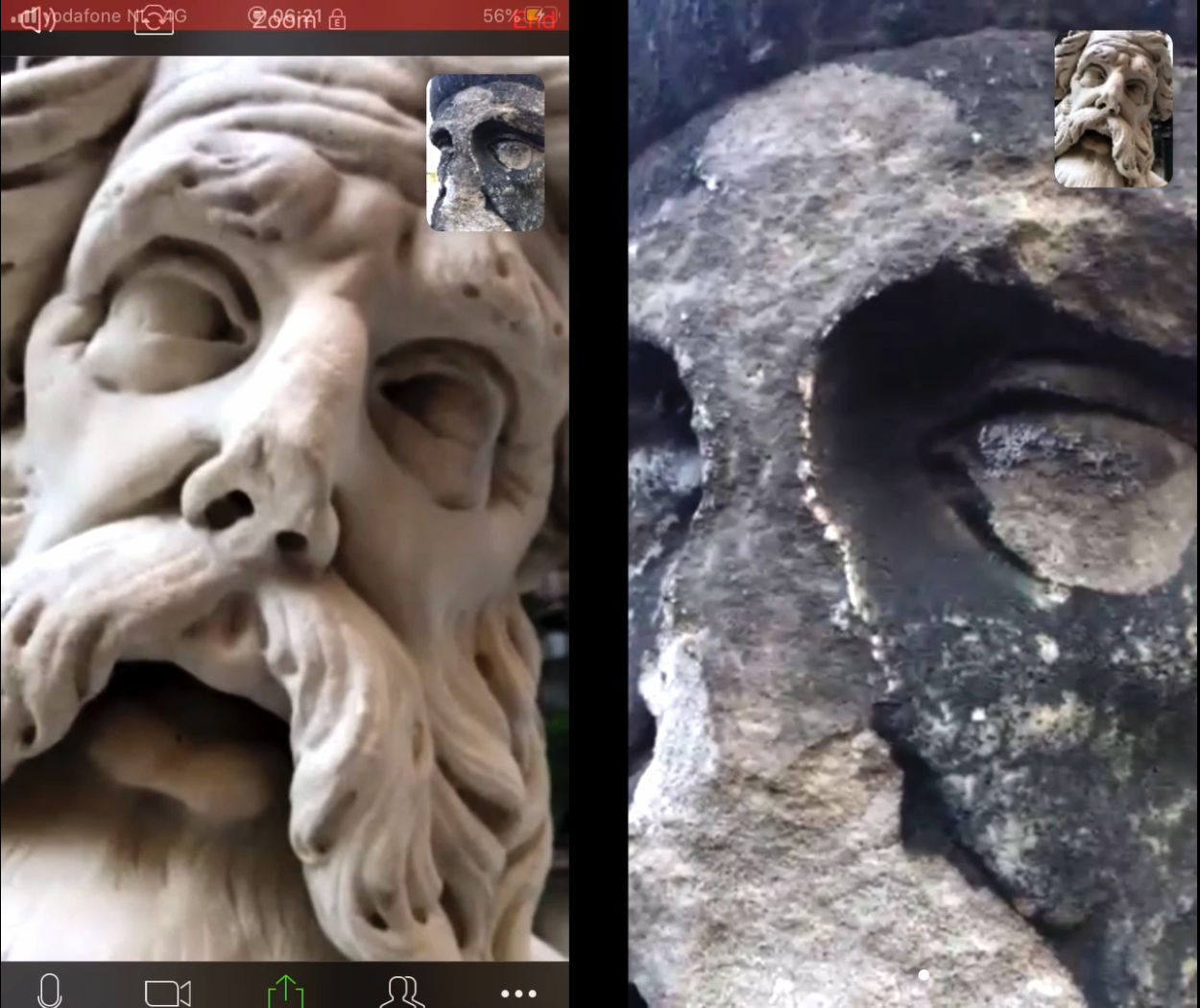 Nile's body, a seasonal rendez-vous with a monument in Naples, work in progress.

Several artists have been dealing with the legacy of power by interrupting the narrative flux of monuments. Denizens and activists join this practice to speak out. All these actors can transform the meaning of monuments within a space of social-political dialogue.

Such transformative actions use the status, visibility, shape, character, history and stories of a monument to subvert the narratives that are encoded in the object in order to shed light on certain issues and to create a space of confrontation or sharing. From this perspective, monuments can function as a specific context, scenography, actor and as an object that is part of a more complex artwork or discourse.

I explore the ways of changing narratives by hacking into and weaving together multilayered connections between monuments, denizens, activists and artists. My research questions and articulates two dimensions: a temporal dimension, in which there is a drop between permanent and ephemeral, and a discursive dimension, in which I focus on the relational level through conversation and transitional objects.

Simona Da Pozzo (Venezuela, 1977) uses conversation and connective action to explore the public sphere as space of encounter with the political opponent. Her work is time-based and results in videos, photos, objects, installations, curatorial projects and books.

In 2020, she took part in the 'State of the City' residency program in Rotterdam by means of the nctm e l'arte-scholarship. She is curator of the Hacking Monuments Program at Triennale Milano and the exhibition "Tips to make sense of them" on VisualcontainerTv, thanks to the support of the 'Urban Factor' open call by the city of Milan.

She exhibited throughout Europe, America and East Asia, in underground off-spaces as well as institutional frameworks, such as the Museum of Contemporary Art in Caracas, the Museum of Modern Art and CCI Fabrika in Moscow, the Museum of Oriental Art in Turin, YBCA San Francisco, the Hong Kong Space Museum and the Experimental Media and Performing Arts Centre in New York.

Currently, she lives between Naples and Milan where she’s member of Ex-Voto (Association for Radical Public Culture) and runs the organisation VEGAPUNK space&time. She studied cinema direction in Milan at the Scuola di Cinema, Televisione e Nuovi Media, and dance in Paris at the Rencontres Internationales de Danse Contemporaine. She holds an MA in fine arts and visual expression (Diplome National Superieur d'Expression Plastique (DNSEP), Paris).