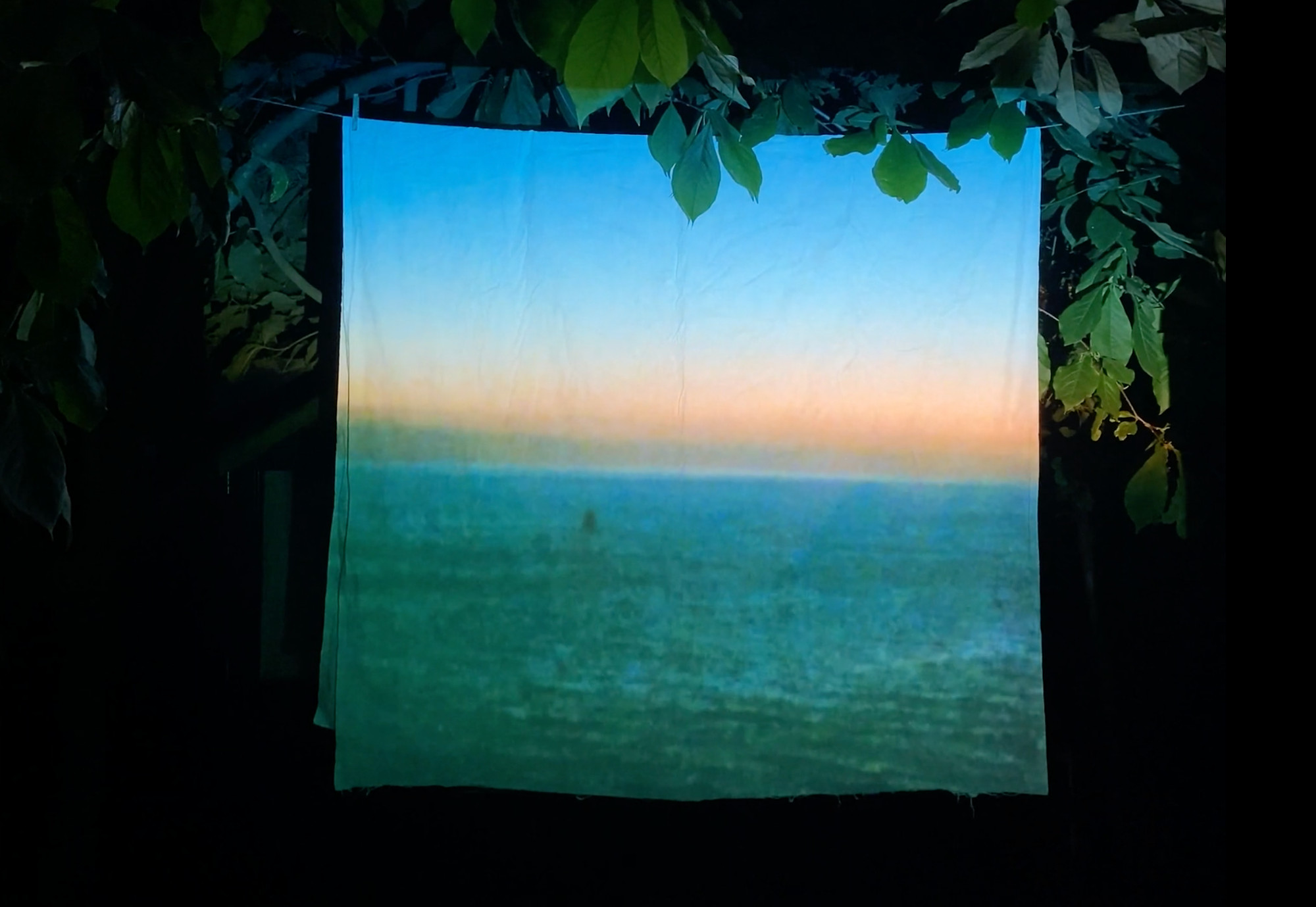 Part 1: What does the water want? (working title)

I’m researching the ancient folklore of certain lowlands susceptible to rising seas (the Netherlands, the eastern shore of the US). I’m also looking into areas with glacial melting (Greenland, Alaska), during which I’m focusing on the local mythologies of water/ice, feminism, power and resistance. I want to get beyond the dominant narratives of “fighting off the sea” and to explore potential deeper relationships between our species and water. I am also delving into current values and fears relating to the possibility of flooding, and I’m hopeful that watery thinking can act as a guide to flowing into new ways of living with ongoing, accelerating climate trauma.

With my research, I’m creating a fictional film that takes several forms. The fluidity of the form is imperative, as it reflects the watery subject matter which itself transforms constantly. I see the film being shared in an installation as well as a single channel screening. In the spirit of the myths that I’ve been researching, I’m constructing a narrative via several interweaving storylines.

These storylines spiral around a furious storm that hits an unnamed lowland and washes away the sand dunes that were hiding temples devoted to forgotten water deities. Soon members of the community begin to have strange dreams, taste things they do not see, and have visitations from spirits in the form of animals. A fisherman’s daughter discovers something unusual in her net. Soon the government hires her to dredge the salt marsh for further ‘treasure’. Elsewhere, seven teenagers drown in a boating accident, but when they are all miraculously revived, celebration ensues. The local scientists believe it was the freezing temperature of the water that saved them. But are they still themselves?

The narrative is mystical and fragmentary, containing elements of actual legend and historical truth. I have already started gathering footage for the project. This includes Super 8-film fragments I’ve taken in coastal areas in North America, Zeeland, and Friesland (Netherlands), as well as several hours of footage shot on camera phone, a technique I employ frequently. I’ve also created some of the audio clips, sound design and musical compositions with collaborators that I will incorporate into this experimental work.

Lucy Cordes Engelman is an artist and filmmaker who works with narrative and the moving image in relation to water, feminism, and climate change. Lucy grew up digging in streams and getting lost in the woods outside Washington DC. Her parents were environmental journalists, and she studied theater at the public arts high school Duke Ellington School of the Arts. She graduated from Oberlin College (US) with a BA in Visual Art and Experimental Film. After working as an actress and filmmaker in Los Angeles for several years, during which she was shortlisted for the Sundance Screenwriting Lab and received a writing grant from the Icelandic Film Fund, she moved to the Netherlands to pursue a degree in Artistic Research at the Royal Academy of Art in Den Haag (KABK), where she won the department prize for her final film as well as an honorable mention from the Academy for her thesis. Most recently she was part of a three-person show/residency at RAAT in Antwerp. Her work has been screened in the US, Iceland, Latvia and the Netherlands, and her poems were published in Chronogram, Slake (Los Angeles), and Friktion. She is currently based in Rotterdam.